So we’re finally leaving New York, tomorrow night to be exact. I thought I’d gather together some of my personal thoughts about the place, in particular the things I think I will miss most about it. Of course you’re not sure what they’ll be until you leave – I had no idea that chocolate would be such a big deal when I left the UK originally! So in no particular order, here they are…

My son playing baseball…cycling up the west side highway….cycling all the way around the perimeter of Manhattan…the walk to work (and subsequent walk back)…being able to walk to gigs at a lot of venues, especially to see those British bands before they got big here…in fact being able to walk to a lot of places people elsewhere only visit once in their lifetimes, if ever (but that we take for granted)….the YMCA and the chit chat among the old guys in the locker room about politics, sports (boxing a specialty)….the subway – it’s cheap, mostly efficient and just works, most of the time…the Mets and Shea Stadium (slightly less)…Cedar Tavern (though it’s been gone a while)… the seasons – living here you really know what summer and winter are all about….and the general tolerance for a higher level of craziness than most places would put up with; it makes for an interesting, if sometimes challenging life….did I mention baseball enough?

Many of these things we will be able to still do – baseball is surprisingly popular in the UK – but it won’t be New York.

But that’s OK. Life moves on, as we do, to a new chapter in our lives. And New York will always be here. It will always be one of my top two cities in the world, the place where I met my wife, got married and where both our children were born – they’re the real native New Yorkers after all, and always will be.

Well, that’s what she wants to be called these days, which gets a bit confusing if you know anything about our household. And her brother? Jason, it seems.

So adamant is she about this – and she does adamant very well -that when asked today on the streets of NYC what her name was, ‘Sarah,’ was the reply.

And here she is in Apple’s SoHo store during a brief moment of computer-induced solitude & focus during an ill-advised trip down there with her Dad on the Saturday afternoon before the NY Marathon (click to enlarge). 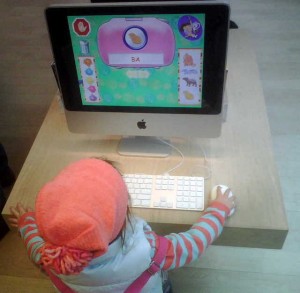 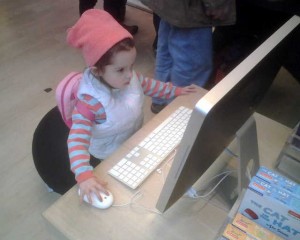 ‘Why act like a tourist in the town in which you live?’ somebody should have said to me before we set out. 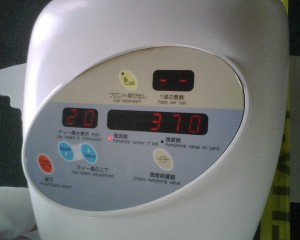 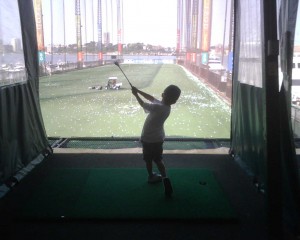 The boy came to my relatively new office the other day for the first time. It came time to go home and we started to walk when I realized it was getting a bit tight, time-wise for us to walk home. We saw a couple in a pedicab – New York’s equivalent of a rickshaw that have been around for a few years and are currently the subject of a licensing row. Anyway, we spotted one by the lights outside the Empire State Building at 34th & 5th and we jumped in.

The guy was Russian, having been in the country for about 9 months after living in San Francisco – not so good for cycling, too many hills and all that. Anyway he spotted the accent and us 2.5 Europeans were off through the streets at rush hour. 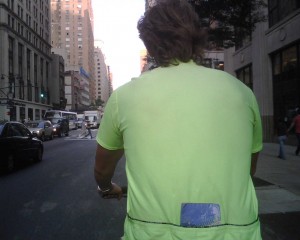 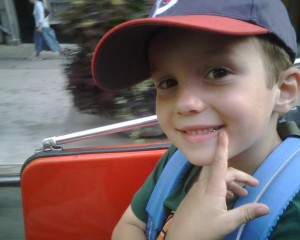 It was $15 plus tip to get home, about double a cab ride from the same spot, but more fun and a ride home he won’t forget for a long time. 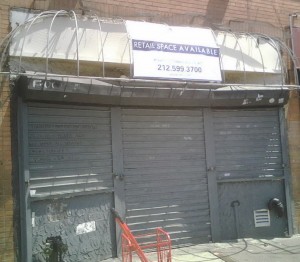 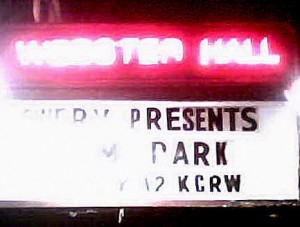